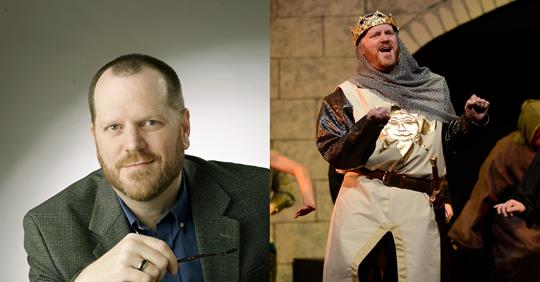 ​Public speaking not your thing?

Like, let’s say, when you have to address an audience of more than one person. Standing in front of them trying to exhibit a modicum of confidence, except your lips are quivering and your knees are knocking so loudly the refrain can be heard in the floor below.

“Lots of people fear public speaking,” said Mattson. Well, he’s here to help, especially people in management who have to deliver presentations, whether it be to peers or strangers.

Upton resident Mattson, 52, is the founder and sole - perhaps soul, too – proprietor of ITM Speakers. His aim is to teach the concepts of public speaking, then coach you through it. If you have to address a roomful of executive peers, sales people or potential clients, presentation is everything. Be scared, just don’t show it. Mattson knows that’s a slippery slope. But he believes he has the answers for you to pull it off.
​
“When someone’s speaking, what’s his body language telling people?” Mattson asked. “Am I talking too fast? Too loud. Too soft? Do they like me?”
If you don’t know, the experience can be dismal.

Behold the confident speaker who knows his or her storyline, what you really want to get across.

“We want to hear a human story,” said Mattson.

It’s a process from the start of a speaking gig to the end, with an emphasis on “finishing emphatically”- said Mattson, who has mapped out five concepts to success for his clients. He works individually with clients, or as many as 10 at a time. He also uses Skype to teach remotely. Mattson realizes many people who seek him out are “scared to death” of facing down an audience. He loves the challenge of working with this group. He had one such client for whom the thought of addressing a live audience gave him cold shivers. Mattson worked with him. “A week later he came back and was brilliant. He could have been giving a keynote speech.”

As for Mattson’s story, you get the sense he doesn’t have a nervous bone in his body. He owes that, at least in part, to his theatrical career. When he was a sophomore at Marlborough’s Assabet Valley Regional Technical High School, Mattson saw a notice for a school play and told two of his buddies “we’re going to audition for this.” It was “A Funny Thing Happened On the Way to the Forum.” Mattson got the part of Lycus. He never looked back. Before he graduated he had the lead in “Girl Crazy” (it remains a personal favorite) and was cast in “Once Upon A Mattress.”
“It’s odd, but I’ve never been nervous on stage,” said Mattson. “I’ve always viewed the audience as my friend.”

Which is exactly what he’s trying to instill in his clients.

Mattson’s versatility on the boards – act, dance, sing – has made him a longtime sought-after performer on local stages with credits at Hudson Spotlighters, Concord Players, Wayland’s Vokes Theatre, Acme Theatre in Maynard, Hopkinton Players – that’s the short list - as well as paying jobs at Boston’s prestigious Lyric Stage Company and Mystery Café. He did the Cafe “every weekend for five years.” It helped pay the rent. In the fall, Mattson will play Groucho Marx in “A Day in Hollywood/A Night in the Ukraine” at Vokes.

Meanwhile, the founder and head coach (that’s on his business card) of ITM Speakers (Acting for Business, also on his card) has plowed into his new life that he’d put on hold long enough.

“It’s an opportunity to do something I love, and make a living at,” said Mattson.

And if he can help people who blanch at the thought of facing an audience, well just speak up (no pun intended). Rob Mattson wants to take you on a journey you never thought you’d sign up for.
​
Reach Lenny Megliola at lennymegs41@gmail.com. Follow him on Twitter@lennymegs.